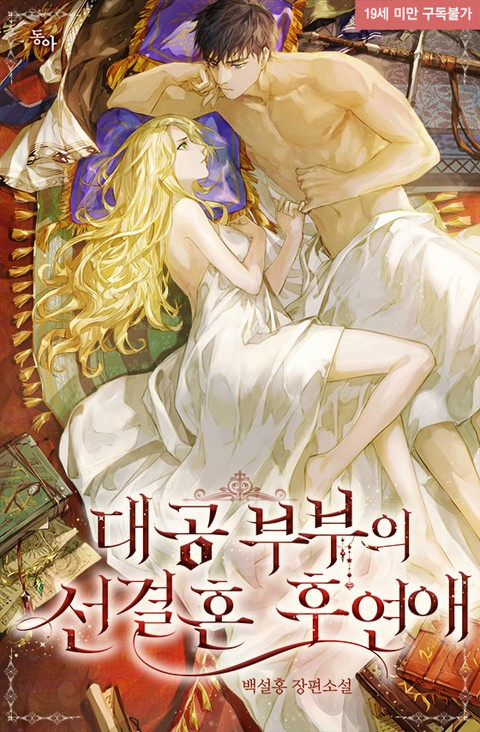 The Grand Duchy of Hessenguard lost its master. The two kingdoms that were vying with one another for the dukedom agreed to send their respective candidates from the royal family to marry and make their successor the heir of the duchy. And so, Erna and Kalion arrive at Hessenguard to wed.

But, their initial impression of each other was extremely terrible.

“What, this pumpkin?”
“Oh my, he looks like a dried earthworm.”

Thus, the beginning of a marriage of a couple harboring ill impressions toward the other. For more than a decade, the two showed their fangs against each other, but lived together steadfastly for the sake of the Grand duchy.

One day, a letter was sent for them.

‘You will have a successor within one year.’

After ten years of marriage without a child, both nations raised the issue. If they couldn’t produce an heir within a year, they would return to their homes.

Would it be possible for the wedded enemies?